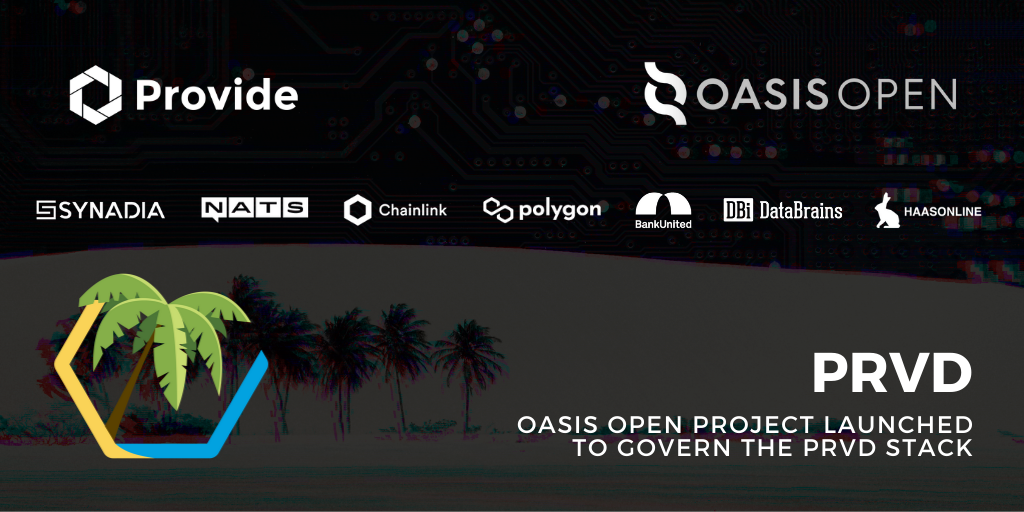 28 June 2022 --- OASIS Open, the international open source and standards consortium, announced the formation of PRVD, an OASIS Open Project, to advance a leading production-grade reference implementation of the Baseline Protocol.

Baseline is the standard for synchronizing state across different systems of record over the internet, using a public blockchain as a common frame of reference. The Baseline Protocol preserves privacy of an organization’s sensitive data while allowing counterparties to verify state changes and maintain the synchronization of processes in real-time. As systems are interacted with by users, data is processed in real-time by an instance of the PRVD stack– or another implementation of the Baseline Protocol standard– running at each edge of the network; organizations issue verifiable credentials to counterparties, point-to-point messages are exchanged between instances and each organization’s integrated system is updated. The artifacts produced by this process are called zero-knowledge proofs; these proofs are broadcast to a Layer 3 network where they are included in a “zero-knowledge rollup” proof and eventually settled on a public blockchain.

The PRVD Open Project aims to promote the development and adoption of the application programming interfaces (APIs), data models and binary runtimes for the Baseline Protocol, based on the PRVD Stack components being contributed to the project by Provide. Various components of the PRVD stack are referenced in the published draft standard specifications of the Baseline Protocol.

The PRVD architecture is enabled at its core by cloud-native infrastructure at the intersection of advanced cryptography and messaging, emphasizing privacy and security, to synchronize streaming data across otherwise disparate systems. Several other open-source technologies are used by the PRVD stack such as PostgreSQL, Redis and NATS. Synadia, the commercial sponsor of NATS.io, is a founding member of PRVD as a result of the alignment between the projects.

“The PRVD project aligns nicely with the open-source values on display within the NATS ecosystem and we look forward to contributing to the shared vision of a globally-connected and synchronized ecosystem of Tier2 high-speed and low cost chains, Web3 Apps, and DAOs,” said Derek Collison, Founder and CEO of Synadia, the commercial sponsor of NATS.

“BankUnited sees real value in the PRVD project,” said Antonio Di Perna, ITSM at BankUnited. “With the PRVD stack, you don’t have to go to the system of record, or even to the client. Sensitive data stays where it belongs, in each participant’s internal system of record, whether it is ServiceNow, SAP, or something else. And in the case of a dispute, our auditors and other parties provided access, do not need to request information after the fact. We can just unpack the proof.”

“Given the current direction of distributed architectures and surging demand for Web3, organizations will seek to contribute and participate in the PRVD open project. DataBrains is committed to unlock the value and power of Web3 within the Salesforce and Snowflake customer communities. PRVD is Web3 for enterprise,” said Len Vitello, CEO of DataBrains.

PRVD will bring together an ecosystem of stakeholders including vendors, service providers, end users and thought-leaders, who use or have interest in contributing to the PRVD stack. Some of the largest names in the Web3 ecosystem have joined as founding members of the PRVD project.

“We immediately recognized the value and opportunity to make onboarding enterprise users easy and seamless. We knew it was a good fit for Polygon to join and contribute to PRVD to advance the Baseline Protocol standard by way of PRVD. Together, we will make the adoption of public blockchain and advanced privacy tools approachable for organizations, and we look forward to deepening the integrations across the Polygon ecosystem,” said Arjun Kalsy, VP Growth at Polygon.

“The PRVD project is an important contribution to zero-knowledge enterprise ecosystems. We know how important it is to support these types of open-source developments. HaasOnline is excited to support PRVD in spreading the adoption of this incredible project and technology,” said Jeff Vernon, Chief Marketing Officer at HaasOnline.

Provide Technologies contributed components of the PRVD stack to the PRVD project so that the work can be governed and maintained by the open source community for the public good. PRVD is the solution to the lack of synchronization between disparate enterprise systems, which has remained an unsolved problem at global scale until now.

“PRVD is the next logical step in the evolution of public blockchain and will enable widespread adoption of zero-knowledge cryptography by enterprise organizations, bringing private transactions to public networks to synchronize systems and make decentralized finance more inclusive. PRVD makes the technology stack we have been building at Provide much bigger and more important than Provide itself. We are excited for the opportunity to execute on our vision to implement the PRVD stack to settle business interactions, under zero-knowledge, on the public Ethereum mainnet, made possible in an openly-governed, open-source initiative within the familiar constructs of OASIS,” said Kyle Thomas, Founder and CEO of Provide.

The PRVD Open Project is governed and supported by the OASIS Open nonprofit consortium, home of STIX and TAXII, SAML, UBL, ebXML, and many other globally recognized standards. PRVD operates under the OASIS Open process, which ensures the transparency and operational integrity necessary for fostering adoption and a thriving community of innovators.

The founding Project Governing Board sponsors of the PRVD open project include Provide, Synadia, Polygon, Chainlink, BankUnited, DataBrains, and HaasOnline.

About PRVD
PRVD advances a leading production-grade reference implementation of the Baseline Protocol, an open standard that helps synchronize multiparty workflows across a variety of sectors and permeate decentralized finance throughout global commerce. Organizations and developers can benefit by joining the PRVD community to establish new web3 business models and build public goods for enterprise. More information can be found here.

About OASIS Open
‍One of the most respected, nonprofit open source and open standards bodies in the world, OASIS advances the fair, transparent development of open source software and standards through the power of global collaboration and community. OASIS is the home for worldwide standards in IoT, cybersecurity, blockchain, privacy, cryptography, cloud computing, urban mobility, emergency management, and other content technologies. Many OASIS standards go on to be ratified by de jure bodies and referenced in international policies and government procurement. More information can be found here.

Posted in
News
Partners
Product
No items found.
ABOUT THE AUTHOR

All posts by
Kyle Thomas
→ 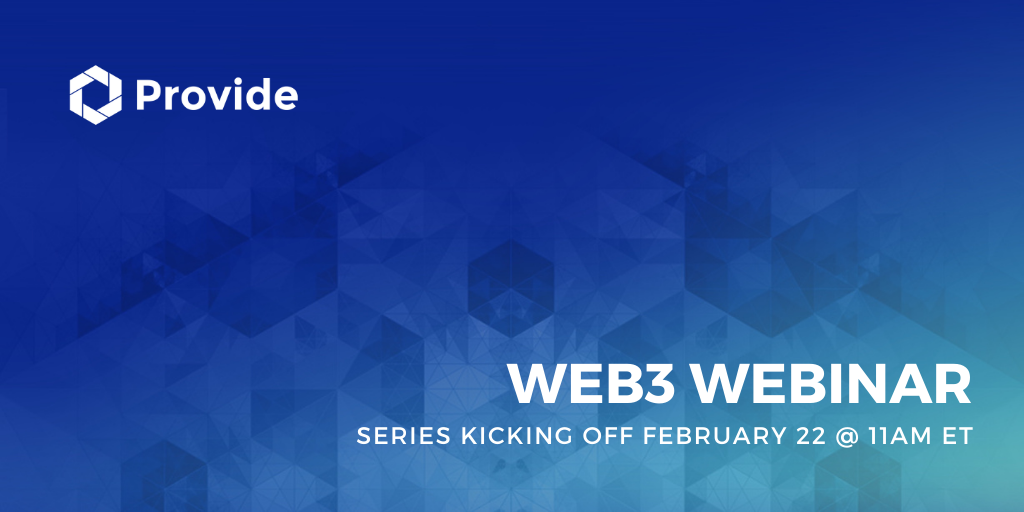 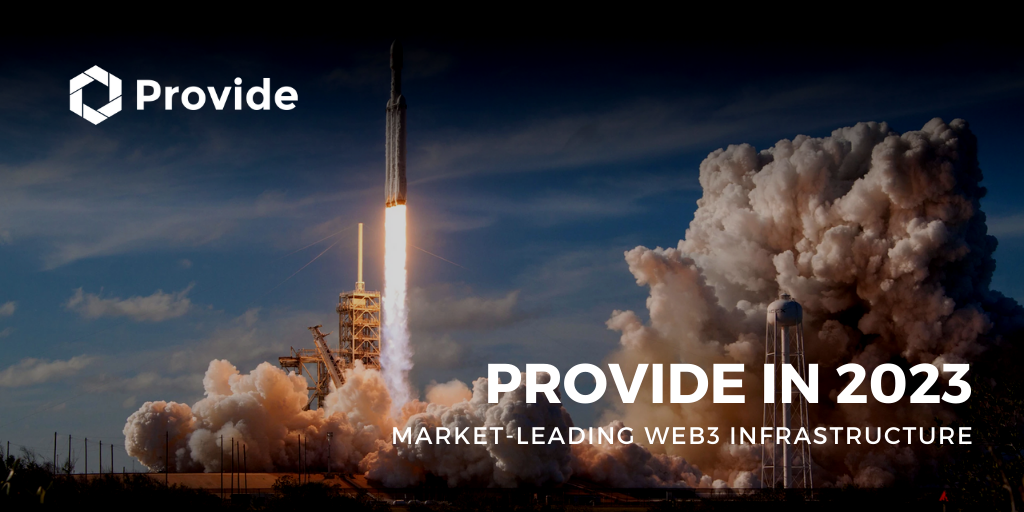